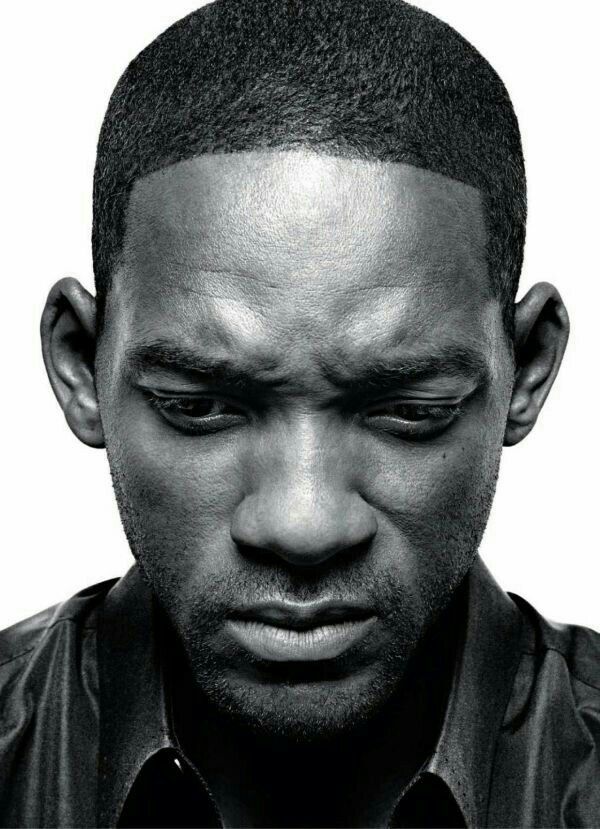 The 18 things I learned about Will from reading his book are what make me thrilled to be a fan forever.

Will Smith is arguably the biggest entertainment superstar in the world. He has starred in over a dozen films, sold millions of records, and is one of Hollywood’s highest-grossing actors. Now Will Smith is writing a book. Will Smith fans everywhere are intrigued and inspired by his constant ability to win.

I am one of them.

If you pull my Will Smith fan card, you will see that I am an active member since 1990. I grew up watching Fresh Prince of Bel-Air & listening to “Summertime”. I forced my mom to take me to the movies summer after summer to see films like Men In Black & Wild Wild West. I even begged her for the Willennium album. I fully commit to my WS membership and have been for decades.

Before I go any further into this post, the reader should note that this post is not about that thing. Yes, the controversial moment of the 2022 Oscars thing. If the reader is looking for my opinion, the reader should note that I did not judge Will Smith for doing that thing. I recently read his memoir book. So that means I may have processed my feelings about that thing differently than others. My feelings about Will Smith did not change after that thing, but they did grow after reading his book.

I love him even more than before. Will (the book) tells the story of his incredible ride through music and film. He enlists Mark Manson (author of Subtle Art of Not Giving A F*ck) to help tell his story. Will by Will Smith is an instant #1 New York Times bestseller.

Will Smith has not always been confident.

He has always thought of himself as a coward. He grew up afraid of any and everything. He has since learned how to “hide the coward”, but Will Smith would be something he struggles with his entire life. Most of his fear stemmed from being afraid to stand up for his mom when she needed him to.

I would have never believed that a man with such a great work ethic as Will Smith would be into fantasy and make-believe. I guess from a creative standpoint, it totally makes sense. Fantasy allows you to create any character or story in your mind that will do anything you want or need that character to do. Will Smith lived in a fantasy world growing up to protect himself from the things, ideas, and people he feared.

He has an obsession with the TV show Dallas

Now, this is something that I was not expecting to learn about Will Smith from reading his book. What is it about Dallas? (note: I was born nine years after this tv show aired for the first time) Southfork, the Ewings family house, later became an inspiration for the Smiths family house, Her Lake.

Hip-Hop and humor allowed Will to find his voice

Will Smith has heavily relied on comedy throughout his life. Humor is his power. Growing up, he figured that cracking jokes made people happy. That made him feel safe. He began to equate humor with safety. Hip-Hop and humor together made him untouchable. He soon started freestylin’, rhyming, and landing his scorching hot punchlines everywhere in West Philly and beyond.

Will Smith started making a buzz as a rapper around Philadelphia, but Will still had to go to school. He was in his senior year in high school when his first song hit the radio airwaves. He would graduate from high school and had promised his mom he would go to college (before he knew where music would take him). Mom was not giving up hope on Will going to college, so he had to make a deal with his parents. He would commit to pursuing music for a year. If that plan did not work? He would be going to a college of moms choice.

Will Smith and DJ Jazzy Jeff were hot like fire in the hip-hop industry. Russell Simmons, founder, and member of Run DMC had heard about them and even toured with the duo. Russell eventually reached out to label management for Will and Jazzy Jeff to see how he could help manage them. The management deal came together when Will and Jeff untangled themselves from a bad contract deal.

Will Smith won the first Grammy ever for a rap category

In 1988, Will Smith and Jazzy Jeff were nominated for a Grammy. It was also the first year that the Grammys would include a category for rap performances. Will and DJ Jazzy Jeff would go on and win the best rap performance for their song, “Parents Just Don’t Understand”, but would miss the actual event. They chose to boycot the Grammys that year after learning that their category would not air.

He always sought the approval of women

Will Smith loves the women. He loves women so much that he dedicates most of his time protecting and providing for them. To some women this is the dream. In his mind, as long as a woman has the necessities of life (plus a little luxury) that she will always be happy. He has since learned that protection and being the provider are not enough for a woman’s approval.

Living out your dreams can come with some harsh realities sometimes. Will Smith and DJ Jazzy Jeff fans wanted more of their music, and the label agreed. Smith and Jeff went to work on their follow-up album and barely fulfilled their contractual obligations. I would say that they both got big heads and thought they would be easy to make another hit album. However, a flop album will make you rethink if you are really ready to be a musician for the rest of your life.

Imagine receiving an invitation to a birthday party, showing up, and finding out that you’re really there to audition for a role. This scenario unfolded in Will Smith’s life in a matter of minutes. He did not have time to prepare and had never acted before. In the end, he decided to take a chance because there was no paralysis through analysis. He took 10 minutes to look over the script and landed his first-ever acting gig.

One of Will’s favorite books to read is The Alchemist.

If you have never heard of this book, The Alchemist, by Brazilian author Paulo Coelho, you will after you read this memoir. The book is about a shepherd boy named Santiago who gave up everything in his life to follow his heart to pursue his destiny. Now I have never read this book. However, after reading Will’s summary, I want to check it out. A tale about following your heart to pursue your dreams sounds like something I can relate to.

The world almost did not get to hear “Summertime”

This fact is the biggest shocking revelation while reading Will Smith’s memoir. I have always figured that the story of how Summertime came to be would be one of those where everyone involved in the creative process was just in the studio vibing together. Instead, I learned that Will Smith almost turned down the opportunity to record the song. He had a busy schedule and was in the airport headed to LA when he listened to the track that Jazzy Jeff and other producers had slipped in his bag. If his flight were not for a delayed flight and if he did not pull the disc labeled “Untitled” from his bag, who knows if the world would have ever gotten the chance to hear “Summertime”.

Will really was jealous of Tupac

It was not because of Jada Pinkett Smith. Will Smith was jealous of Tupac because… well… that’s ‘Pac. Tupac was the opposite of Will Smith (when it comes to fear and cowardice). “Tupac had a fearless passion that was intoxicating, a militant morality, and a willingness to fight and die for what he believe was right”. Will hated that he was not “what he was in the world” and he wanted Jada to be able to witness those qualities in him.

Jada wanted to get married; she did not want a ceremony

Now I know that this review centered around Will Smith and his memoir, but Jada Pinkett Smith is a big part of his life. There has always been so much chatter about the Smiths’ marriage. People seem to believe that either party (or both) is miserable in their marriage. The Smiths have been married for more than two decades, and they continue to ride for each other. When it was time for the couple to wed, Jada wanted no one at their wedding and to do a non-traditional ceremony. She wanted to marry in religion and through God, but not by pastors or the government. Gammy Norris played a significant part in getting the Smiths to the altar in a traditional wedding ceremony New Years Eve (1997).

You had to be there. Will Smith managed to secure the best weekend for movie releases. He tested the “Will Smith Cinematic Success Formula” by releasing several of his films during the biggest summer holiday, the Fourth of July weekend. Reading about the success of his summer blockbuster films just let me know one thing: I was not crazy for begging my mom to let me go to the movies every summer. The hype of the Big Willie Weekend was incredible. (Note: this was during the time when there was no escaping Will Smith, he was everywhere. From radio to tv to the box office.)

Will originally said no to the Muhammad Ali film

Will Smith considers Muhammad Ali the greatest of all time (just like the rest of the world). He did not want to be the dude who ruined the portrayal of Ali’s life and legacy. He refused and turned down the role several times. He said no to management and the producer of the film. His mind was made up. Can you believe that he was set to tell Muhammad Ali no when Ali summoned Smith to visit him? The conversation that took place between Will Smith and Muhammad Ali made him realize that he might be able to pull it off. Yes, he said might pull it off.

Will Smith had 8 movies open at #1 within 6 years

The “Will Smith Cinematic Success Formula” worked to Will’s advantage. He had mastered becoming Hollywood’s most bankable star (according to Reuters). Men in Black II, Bad Boys II, I Robot, Shark Tale, Hitch, The Pursuit of Happyness, I Am Legend, and Hancock opened at #1 at the box office, and grossed over 1 billion dollars domestically and over 3.3 billion globally.

Jaden and Willow Smith weren’t forced into the entertainment industry.

There have been lots of rumors all over the internet blaming the Smiths (Will and Jada) for getting them involved in music and film, but the truth is their kids grew up in the industry. They were around it 24/7. They liked it. They asked their dad if they could explore music and film. It would be after they became involved in the industry when Will pushed his kids to follow their hearts and pursue their passions.

Shop the memoir, Will by Will Smith, online everywhere now!